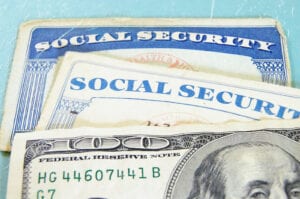 First off, Happy New Year. I hope that 2017 is one of your best years ever. After taking a break over Christmas, it is time to get back to work. Next week our country will inaugurate a new president. For some, this is a welcome relief and for others a cause for deep concern. My goal in this newsletter is to not focus on the change in leadership but to address perceived concerns on how Social Security will be impacted in the near future. Articles on Facebook, the undisputed source for information, have been extreme:
• Social Security is dead and everyone will have to panhandle in the streets in retirement.
• Social Security will be privatized and every street will be paved with gold.
I doubt either will happen, but this does not stop people from trying to scare us through various media outlets. So maybe the best option is to either block certain people on Facebook or step aside from using it as your main source for news for while and let things calm down.
On the campaign trail, President-elect Trump stated that he does not support any changes to Social Security at this time. Whether you choose to believe this or discard this is up to you but the reality is there will be some changes this year. Some of these changes will be viewed as good and some will be viewed as not so good but look for the following to happen this year:
• Unlike last year there will be a modest Cost of Living Adjustment or COLA this year. It is .3% increase for the upcoming year. This means that if you have been receiving $1000 a month, you can expect an additional $3 a month. I doubt this will make a big difference in the lives of most people, especially since most of this will be absorbed in the increase in Medicare premiums.
• The earnings test limits, which apply to people between the ages of 62 – 66 will increase from $15,720 to $16,920. This is good news for those who choose to file for benefits early and continue to work.
• The final change that will occur is the increase in the limit for income subject to Social Security taxes. This increased from $118,500 to $127,200. This will increase the tax on high net worth individuals by about $540 a year.
Proposed Reform
• Change Age for Full Benefits
• Means Testing of Benefits
• Recalculating Benefits Formulas

Once Trump stated he would not make any changes it did not take Congress long to put forward some bills but most of this is politics and posturing. The big changes are to age, testing of benefits and recalculation of benefits. I expect these to get media attention moving forward, but do not expect individual proposals to have any traction. I rather expect to see some form of a commission created, as was done in the 80’s when we had a similar issue. This provides much more cover for any proposals that may not be popular.
Adjusting age for full retirement.
Full retirement age is the age from where all benefits are calculated. If you take benefits before this age they are reduced and if you delay you get credits for more benefits. So, adjusting the age significantly impacts people who plan to retire at an early age. Representative Johnson from Texas suggested that the age for full retirement should be moved to 69. This is much better than what a Yale Law Professor suggested, which was 76. There is little doubt that the age needs to more accurately match the mortality rates, but the challenge will be how to present it and implement it to give workers adequate time to plan for retirement. I fully expect this to be part of any reform and the implementation to be addressed like it was in 1983 when the implementation date was gradually moved out and people had plenty of warning of the change.
Means Testing
Means testing is another change that comes up frequently. Basically, the goal of means testing is to give a greater benefit to lower-income workers while reducing the benefit for higher-income workers. This is a heavy lift because of how Social Security is funded. Since people contribute financially there is a sense of ownership to the plan and some pension experts believe they have an obligation to pay the money out as a benefit. A much easier way to penalize the wealthy would be to change the way Social Security is taxed based on income. This is probably the route they will take and may be included in the change of marginal tax brackets. On a side note RMD’s (Required Minimum Distributions) may cause a significant tax increase for some people. This change will provide a great opportunity for income planning. Keep this in mind when looking at when and how to start receiving benefits from Social Security. I will update you as details come forward.
Cutting Benefits
Cuts in benefits are another option and if nothing is done will probably have to happen in 2034; but only if nothing is done. Representative Johnson also addressed this in his bill. The bill would increase benefits for low-income workers and decrease benefits for high-income workers when cuts are made. As I stated earlier, this would be a difficult change on many levels. The more likely change, that would cut benefits, would be to either eliminate the COLA (Cost of Living Adjustment) or change the way it is calculated to a more favorable formula that minimizes the increase in benefits from year to year. This is important as COLA also impacts the increase in Medicare premiums. Without a change in law, if the COLA was eliminated there could not be any increase in Medicare premiums and the reduced formula proposal would limit the increase to the Medicare premium amount to the COLA increase. So you can see how this would be challenging too.
Final Thoughts
The challenge is that Social Security is a very popular program and any change is certain to be politicized. A committee will be the best way to address the much-needed changes and would ensure that all parties are treated fairly. It is a complicated issue and in the end, I do not expect any significant change this year, but I do expect a considerable amount of “talking” will take place. Look to my blog and newsletter to keep up to date on any changes. Social Security education is a key component in retirement planning. We provide education, analysis and consulting to help with any question you may have. Remember that we provide a free class each month to help you and your friends make the best decisions about filing for benefits.
As always, if you have questions give me a call (919) 341-0277.
Thanks
Steve Gaito, CFP®

It has happened to everyone. You are driving down the highway and you go to change lanes only to...

END_OF_DOCUMENT_TOKEN_TO_BE_REPLACED

Recently I received a copy of a Wall Street Journal article from July 27th, 2005 titled “The...

END_OF_DOCUMENT_TOKEN_TO_BE_REPLACED

Financial Planning During The Pandemic

END_OF_DOCUMENT_TOKEN_TO_BE_REPLACED

Need a little guidance from a CERTIFIED FINANCIAL PLANNER™? Get in touch and I will be glad to help you determine if we’re the right option for your needs —no obligation, no commitment.